While on my way to Shrinkytown this morning I stopped by my local Giant Green Swirl SuperMarket Chain. I was after one thing and one thing only: Deli-sliced turkey breast for Shrinky's lunch. So you know I ended up with a hulargeous bag of "eat in moderation" type items, that I will not eat in moderation and some beautiful red peppers, which, instead of being last week's WTF price of $18 a kilo were now an Oh-Yeah-Mama  $4.89 a kilo.

Anyhow, the grocery store was empty, I was the lone shopper, and I was able to shop quickly. I watched the Deli kid wrap my 1/2 kilo of turkey in nice white deli paper. I put the little white bun 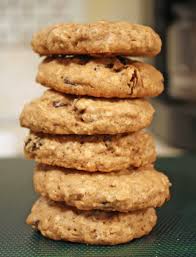 dle in my shopping basket, right on top of the 2 packages of freshly-baked, still-warm oatmeal-raisin cookies, the Chips Ahoy, the bag of Dark Chocolate Chunk cookies–for Shirnky–and milk because with all those cookies there has to be milk to drink in between the pot of coffee I'll comsume with the first 2 oatmeal raisin beauties. I went to the self checkout with my basket of cookie shame and began to scan my items. I scanned the Chips Ahoy, the Dark Chocolate Chunks, the Red peppers and then the 1/2 kilo of slicked turkey, which rang up as Middle Rasher Bacon (like Canadian Bacon for you USA-ians), for the low, low, low price of $7.59. That stopped me dead. I stared at the touch screen readout, a little confused. The price was all wrong. Half a kilo of turkey should have been $12. Then my eye zoomed in on the word Bacon. BACON? For some reason, Vegetarian Bitey has no issue with buying or handling poultry products in the name of Shrinky, but I draw the line at Babe products. I was not about to pay $7.59 for a) something marked BACON; b) feel responsible for the kid behind the deli counter getting chewed out for marking Turkey as Bacon; and c) steal $4.49 from the Giant Green Swirl SuperMarket Chain, even though they have a stranglehold near monopoly on grocery stores in this country.

I called over the Self-checkout attendant, showed her the error, and told her I wanted to make sure no one got in trouble. The little squint rolled her eyes at me. She ROLLED her eyes, like my fwiggin' gawd what a CHORE to serve the customer, the customer who was, I should point out again, THE ONLY ONE in the store!  Skinny McSquit took her time getting someo

I know six minutes isn't much, but when you're the only customer in the establishment, and you're on your way to work six minutes IS a long time. Plus, by this point, for me it was about the principle of doing what I saw as the right thing. When Slug-moving Deli Chick returned she handed me the re-wrapped- re-priced turkey and huffed. You know, I almost got grumpy. I had that flash of sarcasm, that little bitchy barb ready to fire, but I refrained. Instead, I thanked her, satisfied in the knowledge that I did the right thing and that I'd use the shopping experience as a scene in something I write because it's perfection for a romantic comedy. 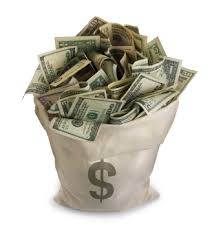 But I have to be really honest here. While I have scruples when it comes to Bacon-wrapped Turkey with the wrong price, and paying the correct amount, if a bag of money fell out of the Brinks Truck and landed on the highway in front of me I'd be all over the cash like Me on an Oatmeal-raisin cookie.