Luke Evans as Gaston. I approve. 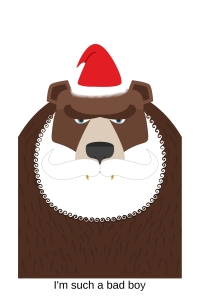 Everyone thinks the story Beauty and the Beast is about Belle and the Beast, a cursed prince, but really it’s about Gaston’s ability to expectorate, decorate with antlers, and his slide into hell.

You can keep your pure-hearted heroines and heroes. I’ve always liked fairy tale villains best. Villains give a better example of what it means to be truly human. Villains face or ignore their own shortcomings. Villains illustrate the concept of free will. Villains demonstrate human frailty, human morality. Villains illuminate how to and how not to behave if one wants to be loved, accepted, and admired. We learn more about ourselves from the villain’s actions than we do from the heroine’s or hero’s actions.

Heroines and heroes can be kind of boring, particularly if they are all goody-goody, principled types. Why I think Cinderella is boring as dry grass is that I never learned anything from her, and I never learned anything from Sleeping Beauty, from The Little Mermaid, or Snow White either—other than if you’re pretty people hate you. But I learned plenty from the evil stepmother, nasty stepsisters, and The Evil Queens: If you do something mean it will, eventually, bite you on the ass and lead to your downfall.

Best to avoid being mean.

I love a well-fleshed out villain, but what I love even more is a character who has villainous traits. For me, what makes Mr Rochester far more interesting than Mr High Morals Darcy is that Rochester has a secret, a screaming wraith of a secret that makes him deceitful. The secret is in the attic and it very nearly ruins him. What do we learn from Rochester’s villainous behavior?

Polygamy is bad and don’t keep secrets from the woman you love. 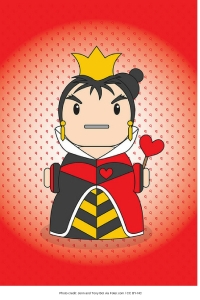 I want more female leads in romance fiction to be villainous, to have villainous traits the way Scarlett O’Hara and Rochester do. While Scarlett’s behavior in Gone With The Wind would never be questioned if she had been a man, she is, like Rochester, a perfect example of how good people, men and women, do bad things to protect what they love.

Yes, that is what I learned from Scarlett O’Hara and Mr Rochester.

What I learned from fairy tales wasn’t be pretty, be tidy, kiss frogs because they may be princes. My education came from the villains. I learned to never pretend to be something I wasn’t because that would get me shut up in a cask stuck with nails and dragged through the streets. I leaned to never be wicked to others because that would get me shut up in a vat with poisonous snake and then boiled in oil. I learned to be happy and grateful for what I have because, like the materialistic fisherman’s wife, I could lose it all in a flash, and its only ‘stuff.’

In Beauty and the Beast, Gaston’s utter ruin teaches us how to be human far better than the Beast does when he is transformed by love. Gaston’s transformation from man into a real hellish beast shows us that the villains are the true teachers in fairy tales and in life.

9 thoughts on “Loving the Beast: Or What I Learned From Loving the Villain”

This site uses Akismet to reduce spam. Learn how your comment data is processed.