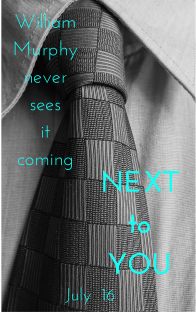 A mix tape, a playlist, a soundtrack whatever you call it, why can’t books have soundtracks for sale like movies?

Despite that, from the very first book I ever wrote (the one that will never see the light of day) to A Basic Renovation, For Your Eyes Only (originally titled And She Was–a title I think was better–but marketing didn’t think so and what do I know about marketing?) and Driving in Neutral, every book I write has a soundtrack. Most authors I know listen to music when they write. Music can be inspiring or set the mood for a scene. Characters might have their own theme song. Some characters might even have an entire theme soundtrack, which is the case with Next to You, my upcoming July release.

The music for Next to You is so vital to the story, to the character of William Murphy. Music, Bubblegum pop and Super Sounds of the Seventies is what makes Will Will, –just like movies are what makes his new next door neighbour Caroline Jones Caroline Jones, but more about Caroline in future posts.

Here then is some of what William Murphy listens to.

And seeing as all of these songs (and many more) are in my  music library, you can be assured these are also songs I listen to. You can listen to the Next to You Soundtrack here on William Murphy’s YouTube Channel

Tell me, would you buy a book’s soundtrack the same way you’d buy a film soundtrack?